Succession, estate planning services, Business support services, international banking and compliance and data protection advice for our global network of financial services firms. Our expertise covers most nationalities and religious denominations. Available to individuals with international based assets. Get In Touch

Specialising in a varied range of products worldwide for personal and business estate planning.

Whatever your circumstances, wherever you and your assets are situated, we can help you with effective and professional estate planning.

Making your Will can be a complicated and thought-provoking process at the best of times and many of us do not regard it as a priority. When you have assets overseas, including offshore, making a Will is vital because countries have differing laws on how your assets are treated and distributed on your death.

Where you are domiciled and your nationality also matter.

To not have a Will, would result in your assets falling under the laws of the country in which they are situated. This means that they may not be distributed in the way you would like.

There is no such thing as a truly international Will, as some countries will not recognise Wills made elsewhere and a separate Will would be required.

That said, under the Hague Convention, documents are being recognised in more and more jurisdictions so it makes sense to have your Will legalised for use overseas.

Different countries also have varying positions on the distribution of moveable assets (valuables or possessions), as well as those considered to be immoveable, such as property or land.

On your death your international estate will still be a lengthy and complicated process to sort out but, with your Will in place, your wishes will be clear and make your executors’ roles a lot easier.

Your family and beneficiaries will also be spared the problems of sorting out an international estate.

If you have children and you do not have a Will, stating what should happen to them on your death, the laws of the country they are in will apply.

Consider if they were left with no parents, in a foreign country. How and when would your chosen guardians reach them?

A will is the only legal way to specify what you want to happen to your child if you die whilst they are a minor.

Your instructions will state how they are cared for as you would wish by the right people.

If you don’t have a Will or the one you have is no longer adequate, you should address it without delay. Especially if you have been through a relationship change and have extended families.

This is echoed around the world.

With Covid-19 there has never been a more relevant time to make your Will and be prepared for the unexpected.

When is the right time? The time is now. For more information call 07939 578 7631 or email us at admin@excelsiorworldwideltd.com

Excelsior Asset Management is a fully licensed CIS Manager and is the investment manager of multi-asset fund of funds domiciled in Mauritius.  The Excelsior fund range includes two investment strategies:

manages mutual funds with weekly dealing employing a diversified participation in asset selection through different aims and objectives whilst retaining a healthy element of capital preservation.

manages mutual funds with exit strategies employing a diversified participation in asset selection through different aims and objectives whilst retaining a themed focus.

Excelsior Worldwide Ltd is a business to business financial and legal product provider with offices in the United Kingdom, Bahamas, Mauritius and Thailand. Excelsior Worldwide focus on due diligence, transparency and providing first class administration support to the network members.

Excelsior Worldwide clients include financial advisers, independents, family offices and wealth management firms. In an ever more changing industry and regulation and compliance Excelsior Worldwide provide members with the platform to succeed. 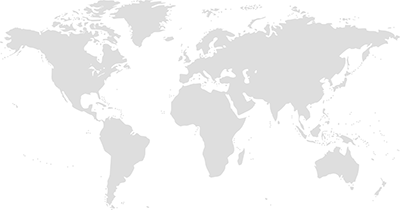